Huawei Sets a World Record For Most Selfies Taken 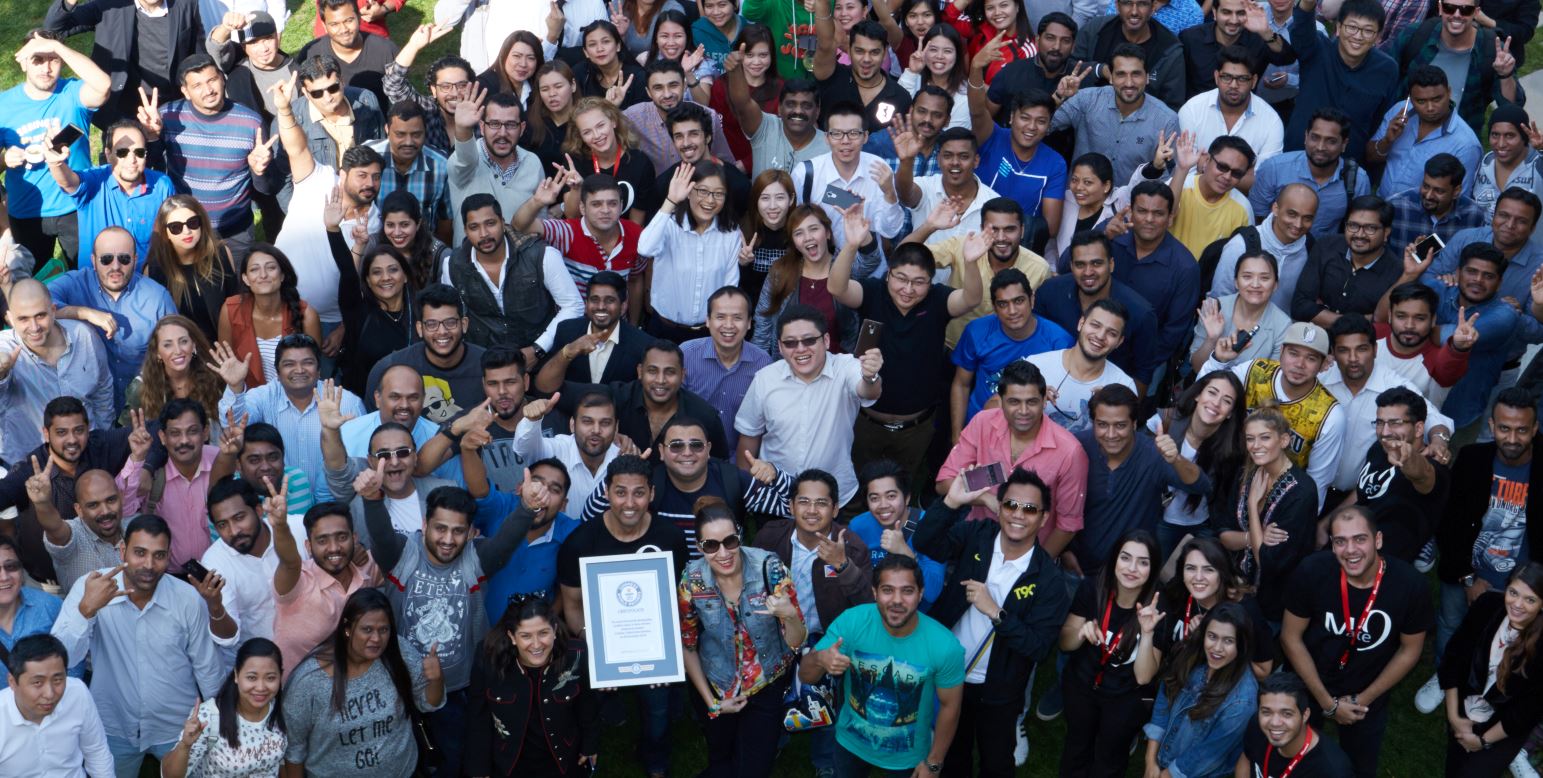 Huawei, a leading Smartphone manufacture has recently set a record for the largest number of Selfie taken. The record took place on January 11 at Palace Downtown Dubai. The Guinness World Record was 160 high definition selfies captured with Huawei Mate 9 in 180 seconds.

The selfies were captured by different people one after another. Each of the people took a selfie and passed the Mate 9 to the next person behind. The megatall skyscraper of Dubai — Burj Khalifa was the back drop for the event. The rate of selfies taken by the device counts to One Selfie per second. The company broke the previous record of 122 Selfies taken in 3 minutes which was performed by Donnie Wahlberg and his fans.

Huawei Mate 9 is a dual Camera smartphone that packs a 20MP and 12MP Rear Camera setting. The Front Camera is a 8MP shooter with f/1.9 aperture with an impressive speed. The dual lens camera of the device makes it a perfect choice for high quality photography.

Breaking the Guinness World Record with Mate 9 cements our belief that this smartphone is truly unbeatable. We’ve set international standards before and the attainment achieved in UAE makes it even more special for the Region.

Huawei is already having a great start with this year. Before the record setting event, Huawei Mate 9 was also able to win 8 different awards at CES 2017. Huawei Mate 9 received awards such as Best Of Smartphones, Top Pick of CES 2017, Best Of CES 2017 and many more. Also, the Wall Street Journal selected Mate 9 as one of its “Best of CES 2017” products, highlighting the device’s display, processor, charging capabilities and Leica dual-lens camera.

Huawei Mate 9 now sets another milestone for future record breakers to reach which wont be an easy task. Mate 9 has already proved to be a great phone after the ultimate speed test it has gone through. The 8MP selfie shooter, however, isn’t a dual camera setting. So, some people are even saying why the Leica Dual setting wasn’t there to set the record. Tell us what you think about the record set by Huawei Mate 9.

Realme launched a budget Smartwatch in India with a Blood Oxygen...