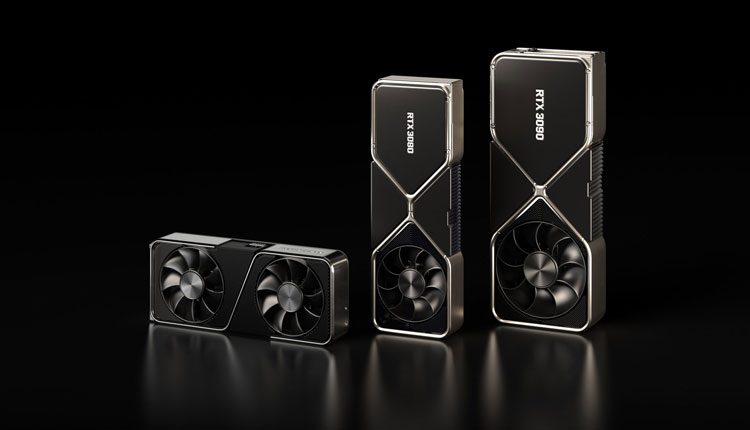 The similarities between these cards are that it is built using Samsung’s 8nm process technology with 28 billion transistors including many cores in them. These cards feature new shader cores, 2nd generation ray-tracing cores, and 3rd generation tensor cores. They use Microsoft’s new Directstorage API along with NVIDIA’s RTX IO which merges multiple storage technologies. Directstorage of Microsoft loads games directly into GPU without involvement of CPU in between reducing load times and improves the latency.

They have 1GB/s memory bandwidth by the use of GDDR6X from Micron. Dual axial fan design is available in them which gives them ability of 2x cooling performance. They all have HDMI 2.1 which allows it to pass 8k 60Hz and 4k 144Hz signals through single HDMI cable. They are the first discrete GPUs to feature AV1 codec with full support.

These cards are coming with three main software features which are reflex, broadcast, and Omniverse Machinima.

NVIDIA Reflex low-latency mode reduces latency by 50 percent in many games like Apex legends, Call of duty, Fortnite, Valorant. The reflex latency analyzer measures the time taken to see the changes in the screen when the input is given using hardware like a mouse.

NVIDIA Broadcast is a plugin that improves the microphone and webcam quality using AI effects accelerated by RTX. It is able to remove background without the use of green background and removes audio noises.

Omniverse Machinima lets you create characters, physics, face, and voice of your own using Webcam and AI of RTX if your game supports taking assets.