OnePlus Nepal has just launched the OnePlus Nord CE 5G with its slimmer and lightweight body in Nepal. After getting decent customer responses on previously launched OnePlus Nord, the first mid-range device by OnePlus, the company has now brought a new device to the lineup.

OnePlus Nord CE 5G is upgraded in many aspects from processor and chipset to battery. The 5G device has been recently launched in the Nepalese market. Let’s see how much the device will marvel the customers.

OnePlus Nord CE comprises a 6.43-inches FHD+ fluid AMOLED panel with a 90Hz refresh rate. The Nord CE features a punch hole at the top left of the screen that houses the 16MP front camera. The device has a 20:9 aspect ratio as well. Moreover, the device features an in-display fingerprint sensor.

As for its design, the device, with its dimension and 170 gm weight, seems to be really slim and lightweight. The device’s looks are the same as its predecessor; however, OnePlus has decided to bring back the headphone jack that was previously skipped in Nord CE’s predecessor.

Nord CE has an upgraded chipset compared to its predecessor as it is powered by Qualcomm SM7225 Snapdragon 750G 5G chipset. The device is coupled with the LPDDR4X RAM of 6GB, 8G, and 12GB. OnePlus has given enough options to its customers in terms of RAM. Unfortunately, the device has two storage options, 128GB and 256GB, which is non-expandable. As for the software, the device runs on the OnePlus OS OxygenOS 11 based on Android 11. Moreover, the GPU of the device is handled with Adreno 619.

As for the camera, the Nord CE 5G sports a triple camera setup at the rear that is gracefully arranged in a vertical stadium arrangement. It flaunts a 64MP primary sensor with an OmniVision sensor, an 8MP ultrawide sensor, and a 2MP depth sensor for your portraits. Moreover, you can shoot up to 4K/30 fps videos with the rear camera.

Nord CE 5G has a 16MP selfie camera at the front.  The front camera is housed peacefully in a punch-hole design at the top left corner of the screen. One can record up to 1080/60 fps videos using the selfie camera. 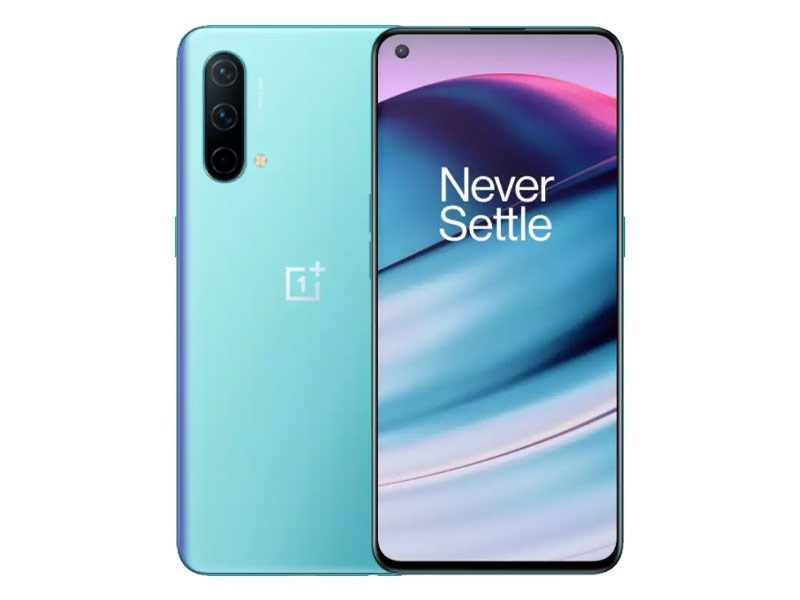 OnePlus Nepal has just launched the OnePlus Nord CE 5G in Nepal. At present, only the 8/128 GB variant is available for purchase at the price of Nrs. 44, 999 at OnePlus authorized stores like Sherisha Mobile Hub and Daraz. Nevertheless, we can expect the other variants to hit the market soon. One can also get one-time breakage insurance for a year as well.