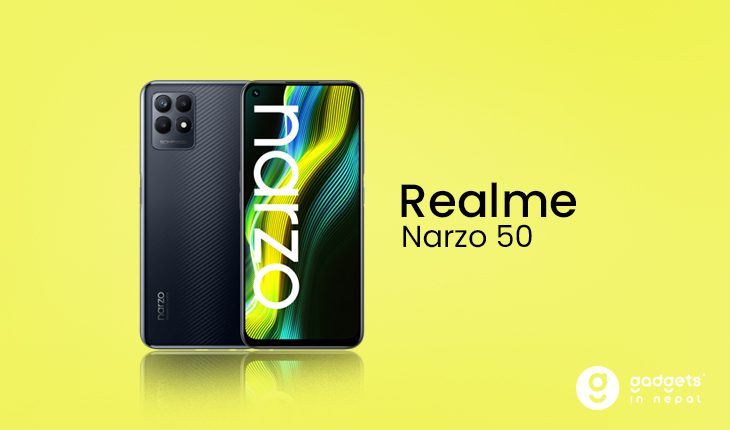 At the first glance, Realme Narzo 50 looks like any other Realme smartphone with a square camera bump at the back and a punch hole on the top left corner of the display. We get a plastic body with a plastic frame, weighing around 194gm and 8.5mm thin. On the front, Realme Narzo 50 is treated with a 6.6-inch LCD display. It’s a Full HD+ panel with a resolution of 2412×1080 pixels and a 120Hz refresh rate.

There is not much to get excited about with the camera performance of the Realme Narzo 50. We get a Tripple camera setup, out of which two lenses are almost useless. Here we get a 50MP f/1.8 Main Camera with PDAF which can record 1080P videos upto 30fps and slow-mo upto 120. While the next two are 2MP each Macro lens and Black & White lens.

Battery and Other Specs

Realme Narzo 50 comes with a sizeable  5000mAh battery and supports 33W fast charging. Realme is providing the 33W fast charger in the box. Talking about the rest of the specs, we get a single speaker setup and a 3.5mm headphone jack. Realme Narzo 50 is equipped with Bluetooth 5.1 and dual-band Wifi.

Realme Confirms the Launch of 9i 5G on August 18

Realme Narzo 50A Prime to be launched soon in Nepal