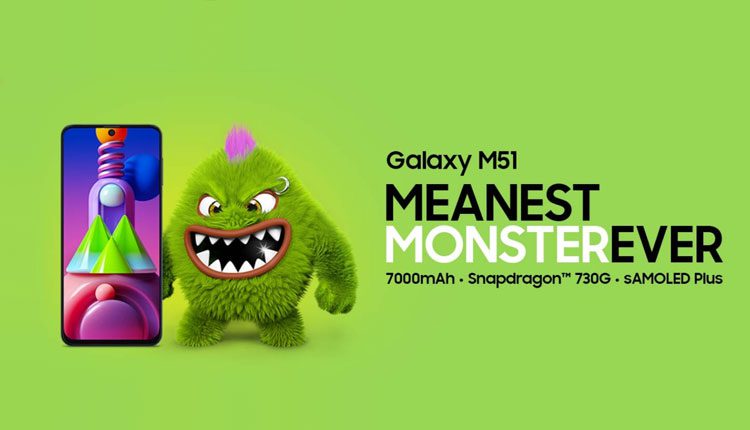 Samsung has been launching great budget smartphones under the M series in Nepal. With a great set of specifications, Galaxy M51 was the phone in the Nepali market. The Galaxy M51 was probably the most awaited M-series phone.

Finally, the waiting days are over, Samsung Nepal has finally launched the Galaxy M51 in Nepal today. Let’s dive into the article to know more about most-awaited Galaxy M51.

The Samsung Galaxy M51 features a 6.7 inch Super AMOLED plus display. The 1080p resolution display has a screen to body ratio of ~86.7%. The phone has screen protection of Corning Gorilla Glass 3+, which could have been better who is a Gorilla Glass 5 for the same price range.

Talking about the built quality, the phone has a glass front and a plastic back with a plastic frame. On the rear, you can see the quad-camera setup on the side and Samsung branding. Whereas the fingerprint sensor has been side-mounted instead of the rear.

Galaxy M51 sports a quad-camera setup with a wide 64 MP lens as the primary sensor. To complement the main camera, the phone has an ultrawide 12MP lens and depth and macro lens of 5MP each. Also, Galaxy M51 can shoot videos up to 4K at 30fps and 1080p at 30fps.

For the selfie, the phone features an impressive 32 MP wide lens with a punch-hole cutout. Talking about the video, the front camera shoots the same resolution as the rear camera with the same fps.

For the performance department, Samsung has fueled the Galaxy M51 with the mid-range Snapdragon 730G chipset paired with 6GB and 8GB RAM. The same processor powers the phone as of Galaxy A71 and Poco X2, which also makes this the fastest M-series phone.

The phone has 128GB storage with expandable memory from a dedicated microSDXC slot.

The best part about this phone is the massive 7000mAh battery. With regular use, the battery will last you easily throughout a day or two. 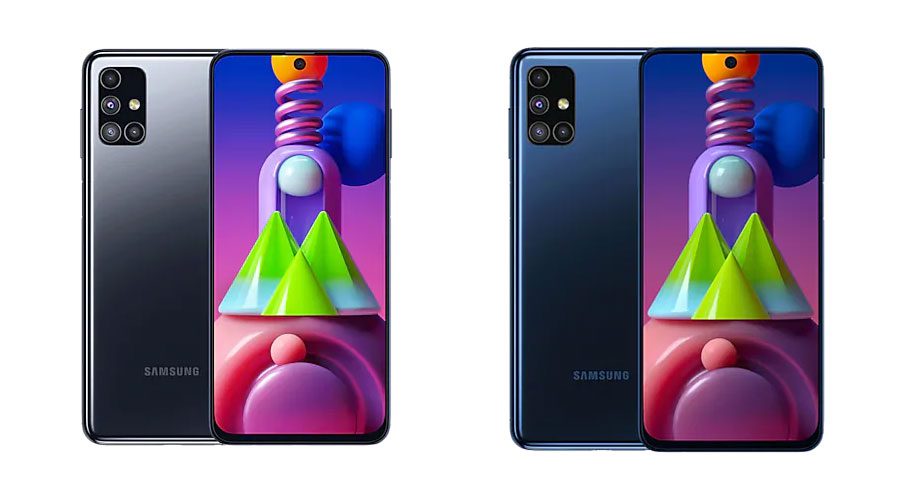 Samsung Galaxy M51 is priced at Rs.39,999 for 6+128GB variant & Rs.43,999 for 8+128GB variant. The device will be available for purchase on both online and offline retailers all across the nation from tomorrow.